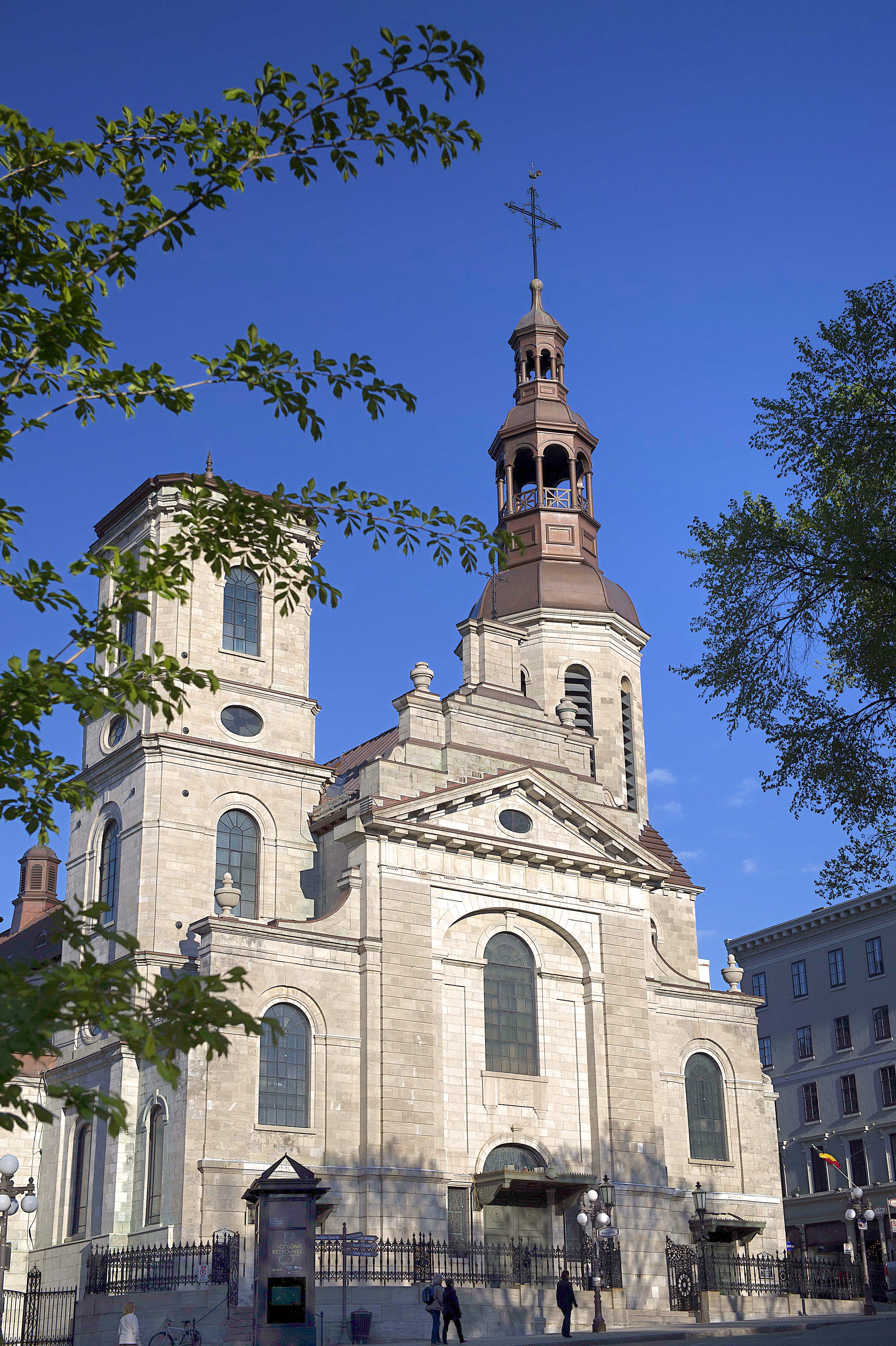 Welcome to the Notre-Dame Cathedral, the official home of the oldest catholic diocese from North America to northern Mexico. This is where the first mission chapel of New France was erected in 1647, followed by the first parish church of New France, in 1664. This church was then turned into a cathedral in 1674, before being expanded and altered by several generations of architects. It remains a model of religious architecture.
Bombarded during the siege of Quebec in 1759, the cathedral was rebuilt witn proximate accuracy during a five year period from 1766 to 1771.  In 1843 it was equipped with an impressive neoclassical façade, which elevated this cathedral to the rank of basilica in 1874. Ravaged by a fire in 1922.   Keeping its monumental appearance in the mid-19th century, it was proclaimed Canada’s primatial cathedral in 1956.
Notre-Dame de Quebec is a cathedral because it is the Bishop of Quebec’s church.